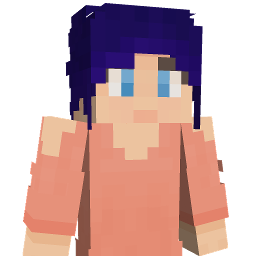 Terra_Altenate_
Member
EDawg878 Server has the chat filter that filters rude word , N-word , Server Ads. , ETC. out. But why this happens

How did he/she get muted? Why The chat filter let it happen? What did the chat filter do?? I have an answer, The chat filter does NOTHING it only warns you, and it lets his/her Error to shown in the chat room. So the staff ..... he/she see it and mute, also the staff get the warning given to him/her. About filter bypass, I exclude because he/she try to say illegal words

The chat filter has to improve by someones else like how it does in This server (I don't want to say it, I'll be muted from the forum, so you already know what server I mentioned)

Like this
But Chat filter that I want is similar to this ... If "World" is an illegal word, If I say "Let's save the world" In that server will show "Let's save the *****". So that what I want to have in this server (EDawg878) is It will show warning such as "You are breaking the rule, please don't say that again" and it will block the whole sentence to show in the chat room, not to change individual words to ***** by the chat filter. So there will have someones that want to bypass the filter such as

It will show "You are breaking the rule, please don't say that again" in his screen and block his verbal and not send that warning to the staff

It will show both on his screen and chat room ... exact same thing I mentioned before will happen to him

About another thing such as bulling , inciting drama , ECT... I excluded because the doer has the intent to do that thing and it can't be filtered out by the software.

The last thing is the Mute system the valid reason to mute is Spamming , Flooding , Swearing(include racism) , Encouraging other players to (flood chat room , break the rule , ETC...) , Lies , Bulling , Threatening , Wasting staff's time , ETC... If you swearing 2 times you will get mute lv.2, and if you Saying thing related to Nazi you will get lv.3 mute, but if you flood the chat you will get lv.1 mute instead of lv. 4 mute, and Spam you also get lv.1 mute ... flood again you get lv.2 mute. in short I want mute reason to seperate, each reason has its own mute there is no (spam + flood + waste staff's time + sharing other server ip you will get lv. 4 mute from 4 totally different guilt) Each guilt will last at least 15 days, I give this idea because most people stop doing that thing when he/she gets warned (it only specify what he/she is doing not include thing that he/she isn't dong in that time or Who that punished from talking in the class doesn't guarantee that he won't be skip class in the future) except sadistic person
In my opinion
1 Bad Word reason (Swearing , racism , Cursing , Saying thing related to Nazi , chaffing , Inappropriate roleplays)
2 Do Bad thing reason (Bulling , Threatening , Encouraging other players to do illegal thing ,Making other players get muted , Disrespecting , Lies , Impersonating the staff)
3 Spam reason
4 Server ip reason
5 Flooding reason
6 Put illegal thing into your item name and item NBT reason
7 Disturbing reason (Wasting staff's time , /msg Player [spam])
8 ... my mind is empty now

Why I post this thread?? Because I really want Chat filter to be improved because too many players get muted from saying impropriate thing by accident or ... and chat filter didn't filter it out. I see it from other players since I first joined on 1 Oct 2019. Player ... We all are human, Error is common for us so the Perfect rules keeper is for the robot. There is a high chance that the prisoners will break the law again after they are released, so Everyones can't keep the rules 24/7 including staffs that if they never break the game rule they must ever break real-life rules at least 1 time. So we need to prevent this and protect the building experience (Fact! Mute and ban can ruin your gaming experience) by using Better chat filter, it up to who that want to bypass it so .....

IndiIsFalling
Member
im sorry, i can't really understand what exactly your suggestion is.

5easalt
Member
Ok so the swearing punishment is for when people swear in for example other languages or if they swear like this: ''flipppppppp'' (just an example you wont get punished for saying flip).
When it comes to racism, the filter is just a way to secure the message doesn't send. Even if a racial slur gets caught in the filter, you will always get punished.
For inappropriate chat, it's really hard making a filter that filters out inap chat. People will find ways to bypass it, and it's hard to ban all words that could be considered inap because a lot of words mean different things depending on context.

Hope you understand better how it works now
S

The bypass filter punishments exists because like Taken said, swear words get caught in the filter, yet it is possible for people to bypass that. Therefore, the swears get into chat. So we warn them. Racism is immediately warned, like previously stated. Some swear words in other languages get filtered and some do not, hence punishments for "swearing." If you believe a mute or warn was unjust or unfair, please do not hesitate to contact me or another admin via ticket on our discord: edawg878.com/discord
You must log in or register to reply here.
Share:
Facebook Twitter Reddit Pinterest Tumblr WhatsApp Email Link
Top Bottom