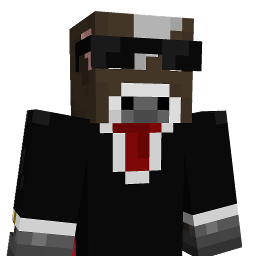 almic
Member
This started as a small project to calculate the money value of the keys and the Doogie gear, but quickly expanded to a full on analysis of the crates in Towny and a dollar value for each item you can receive. It lists the exact odds and items you can get from each crate as well as the average rate you can expect to see if you're opening all your crates. There's some short text explaining how the values are calculated, but since this is a forum post I'll go into more detail about it here. I recommend opening the spreadsheet and following along. Pay attention to cells with the black triangle in the top corner, they have additional notes which offer some insight into the values or tables.

Introduction
The spreadsheet contains multiple sub-sheets to break up the information. You can switch between each sheet with the tabs along the bottom. The "Analysis" contains the conclusions of estimated values of items in each crate and some additional explanation. The three "Crates" sheets are the raw data from the crates, and I use it to calculate the relative dollar value of the items you can receive in the "Analysis" sheet. The final "Charts" sheet is just some nice graphics that depict the information in a better visual.

Crates Explained
Switch the tabs at the bottom to look at the "Common Crates" sheet. You'll notice there is a column for "Quantity Per Hour," which is the average quantity of the item you can expect to get if you were opening crates once per hour and got each prize at exactly its "Real Percent" chance. I also included a column for "Average Minutes Per Item" which is the average amount of time it would take to receive one unit of a prize. For prizes that give many units of an item, like cash, the quantity is factored in. This means that for the Common Crate, at the time of writing, you can expect to receive $2,100 on average every hour if you only opened Common Crates.

Item Values
Switch back to the "Analysis" sheet. It is possible to calculate the dollar value of items in each crate because money is also a prize in the crates. So if, for example in a 50/50 odds crate, one person opened and received an Enchanted Golden Apple, while another player opened and received a $5000 prize, this would make that apple equivalent to the $5000 prize and visa-versa. In most cases, this results in items being super over-valued and not worth it; cash prizes are often the best. The only exceptions are unattainable items, specifically the Enchanted Golden Apples and all Doogie gear.

Conclusions
I've compiled a list of things I think should be changed considering the numbers.
Okay I've been spending way too much time on this. I have many other thoughts on the crates, but those are more about opinion rather than based on real problems I see with the current crate odds.
You must log in or register to reply here.
Share:
Facebook Twitter Reddit Pinterest Tumblr WhatsApp Email Link
Top Bottom